News and musings from John and Judy 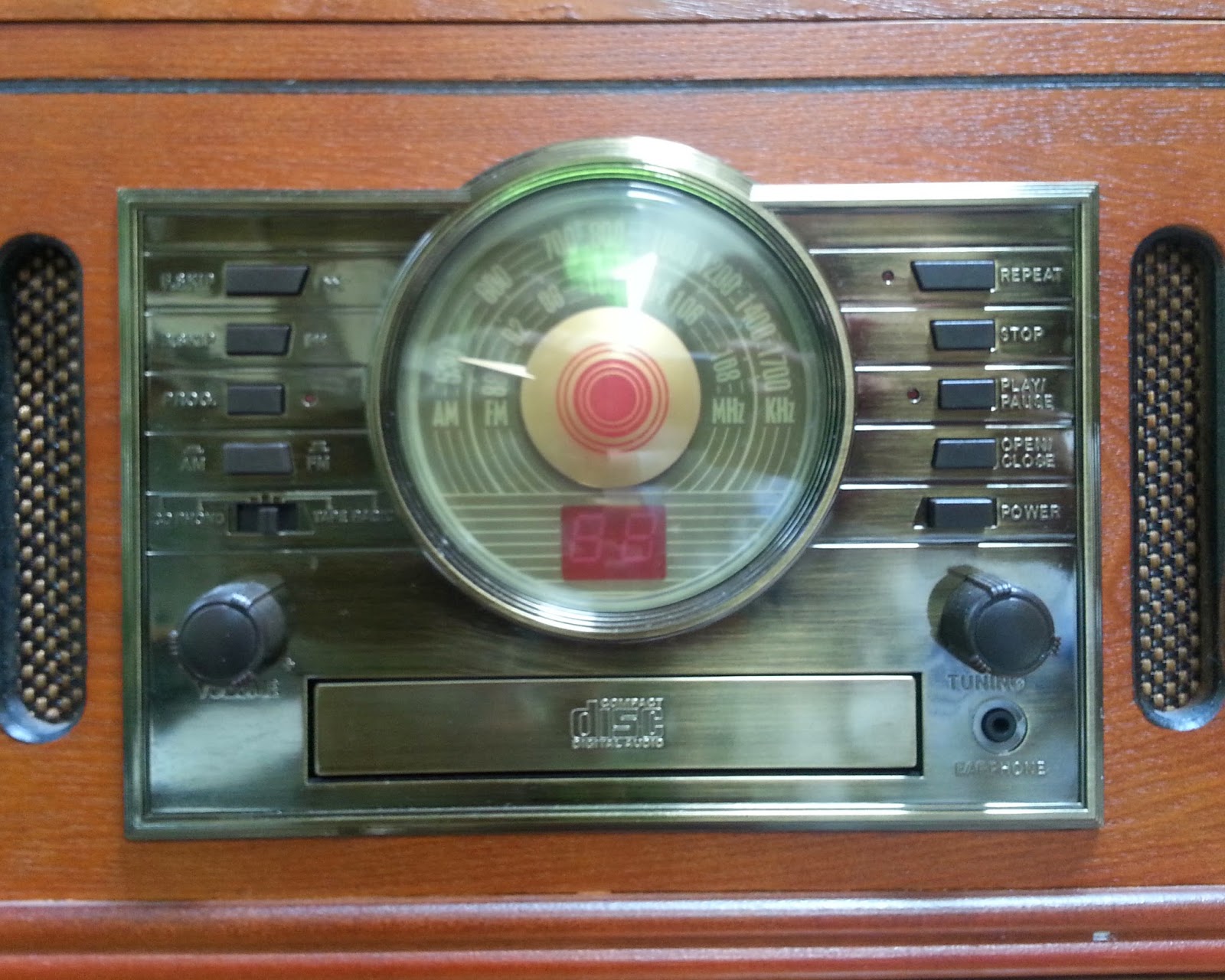 They're Playing Our Song(s)!

We Need Your Help!

'John and Judy Rodman' songs are now on many radio stations across the country and internationally. You can help us tremendously by requesting our songs at stations who have added us. As of 4-18-2015, these are some stations playing the whole album or a couple songs, especially 'Somethin Like That' and "When the Day Is Over'.

Please request your favorites on our album at the following sites (Don't worry about the long list... even just contacting a site or two would be much appreciated!!):

WSM with Bill Cody please click the link, fill out the information and request one of our songs.
·       email requests here: http://www.wsmonline.com/request-a-song

Strictly Country with Gina Singerhouse - 'like' her on Facebook and leave a comment thanking her for playing and promoting our music.
·       email song requests here: StrictlyCountry@pressenter.com

The Josie Show  with Josie [note: look on the bottom of the page: Share the link to the interview with your Facebook or Twitter friends]
·       email song requests here: tina@josieshow.com

Rhythm and Roots Radio with Michael Gaetani [scroll down and leave a comment requesting us]
·       email song requests here: rhythmandrootsradio@gmail.com

Our "Here We Are" Listening Party 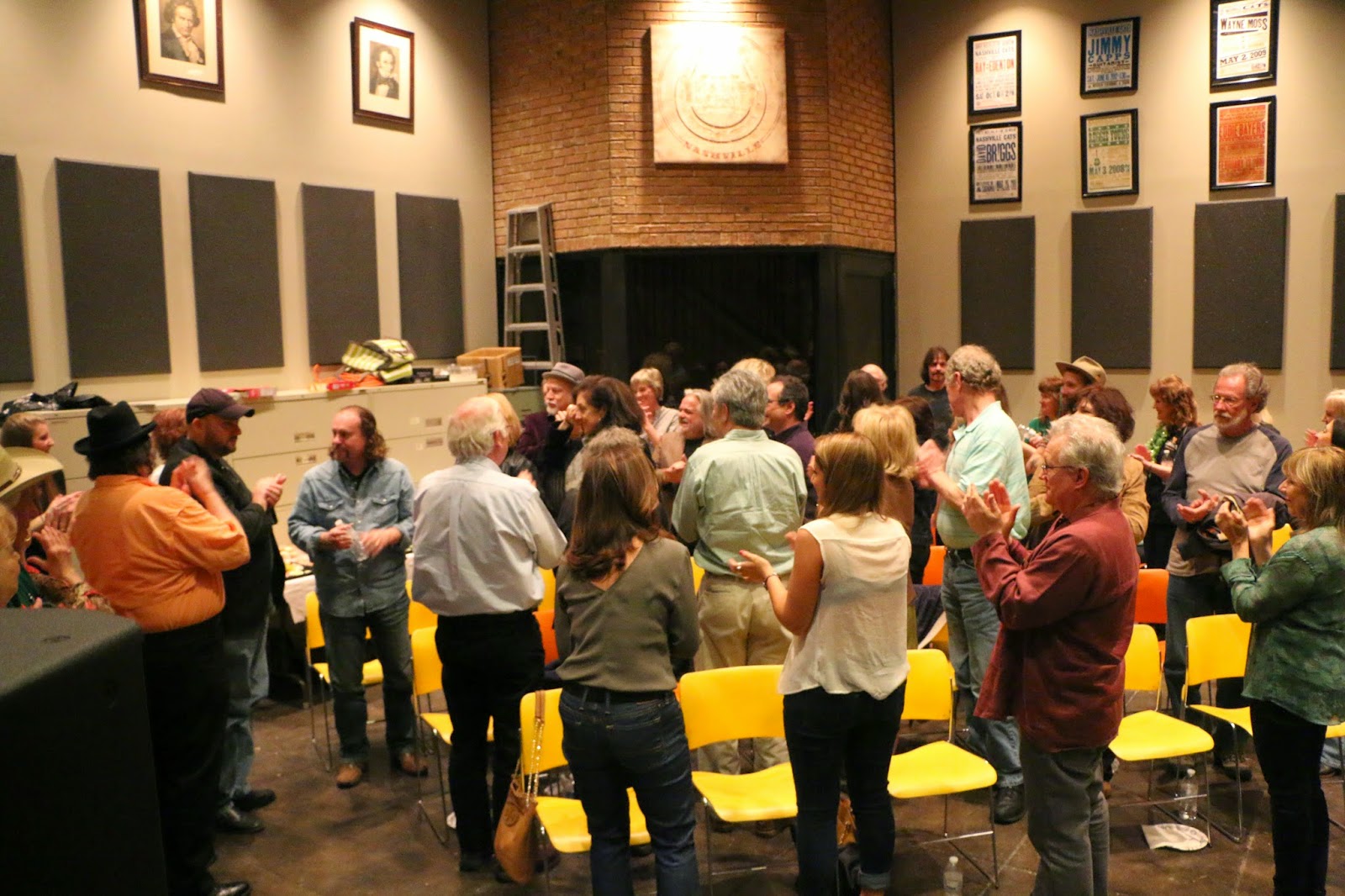 At the end ... the crowd turned and blessed us with their S.O.

John and I had no idea what to expect when we held our listening party at the Nashville Musicians Union rehearsal hall March 17th. Oh. My. Gosh. We are overwhelmed still with the response...

Around 60 people showed up, including lots of Nashville music industry insiders and legends - from Streamsound artist Dakota Bradley to hall of fame writer Dallas Frasier. We began the evening with John talking about how the album came to be, and expressing our deep gratitude to our players (Mike Chapman, Sam Levine, Kerry Marx, Chris Leuzinger, Catherine Styron Marx joined John and me playing tracks, Jennifer O'Brien sang bgvs) and engineer Nathan Smith. Then I took them through a quick description of the 7 songs, and Nathan Smith, who engineered/mastered the project, started the CD.

John and I went to the back of the room and watched people begin to respond with nods, eyes closed, smiles, and applause. We were floored that they actually LISTENED in the first place... many times listening parties are just parties where the CD is background music.

At the end of the 7th song, the audience gave us a standing ovation! Totally unexpected, and one of the highest points of our careers, given the discerning ears of the audience there!

We wanted to bless people with music we loved to make. We are forever grateful for the first response that let us know we were successful.  Very special thanks to Ginny Foley, our promotion angel, as well as Shantell Ogden for all the help with the album launch!

These are a few shots from the night... look at the whole album of photos by Thom King by clicking here 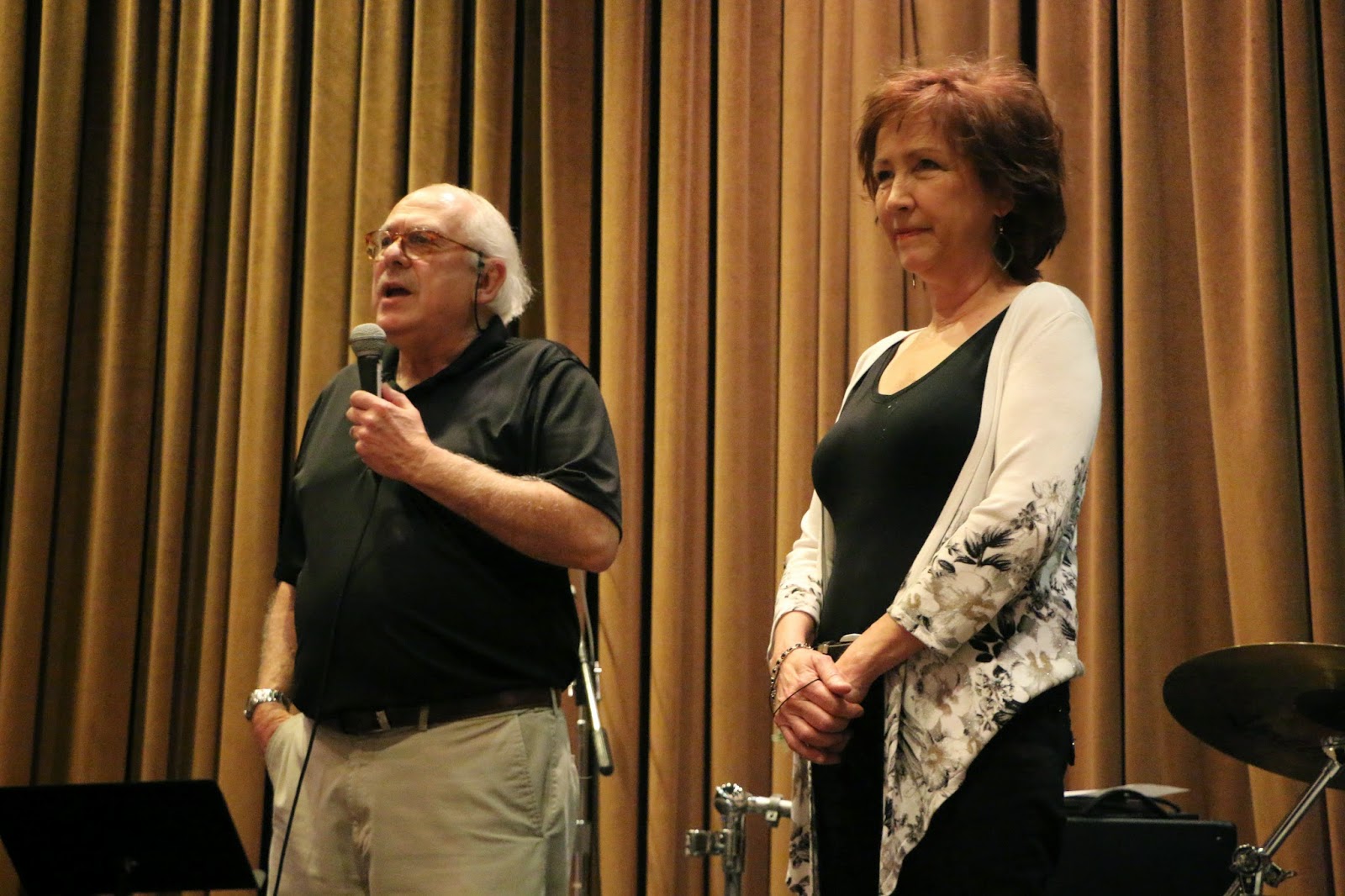 Introducing 'Here We Are' 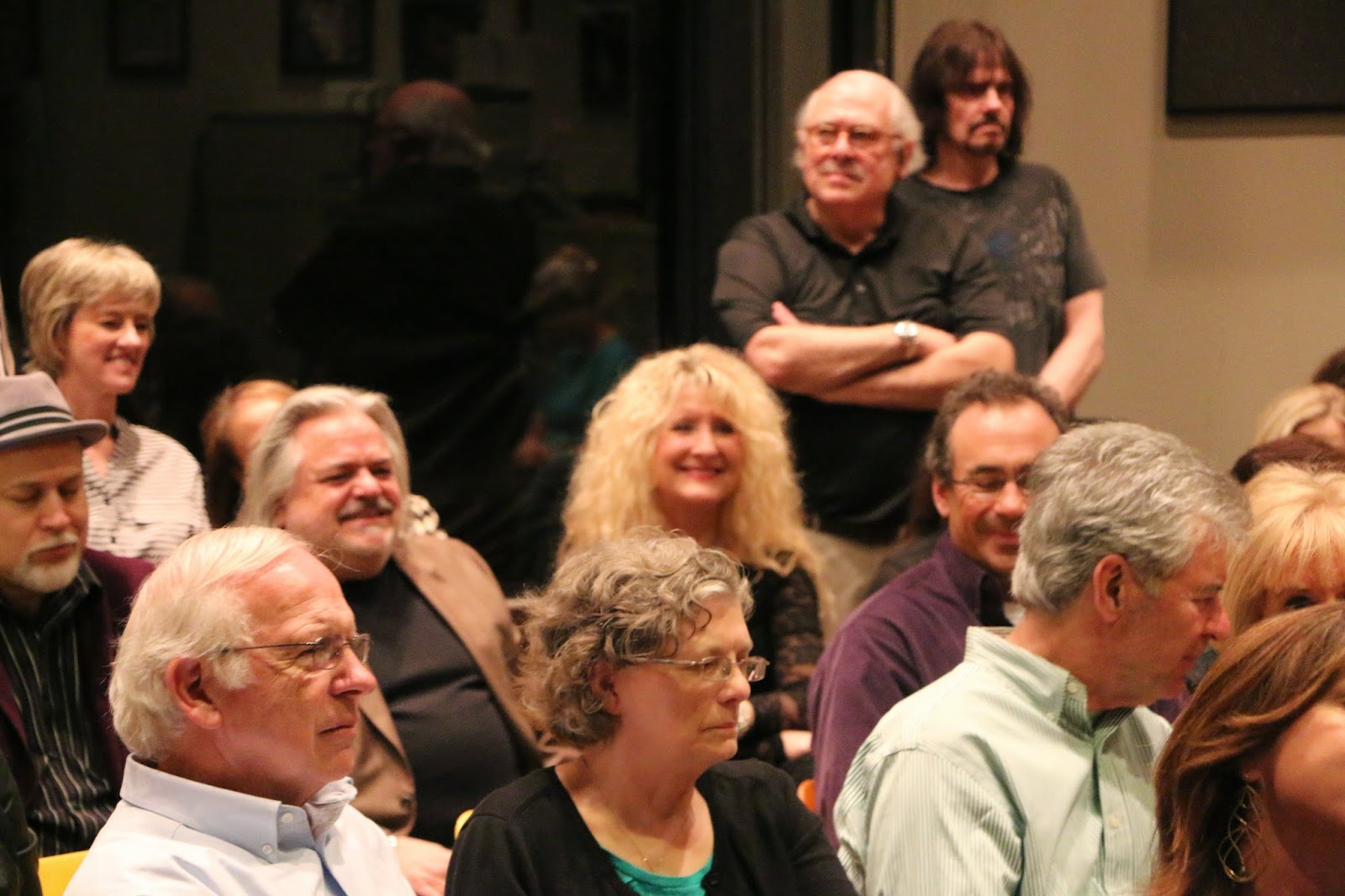 look at John's face watching responses... says it all:) 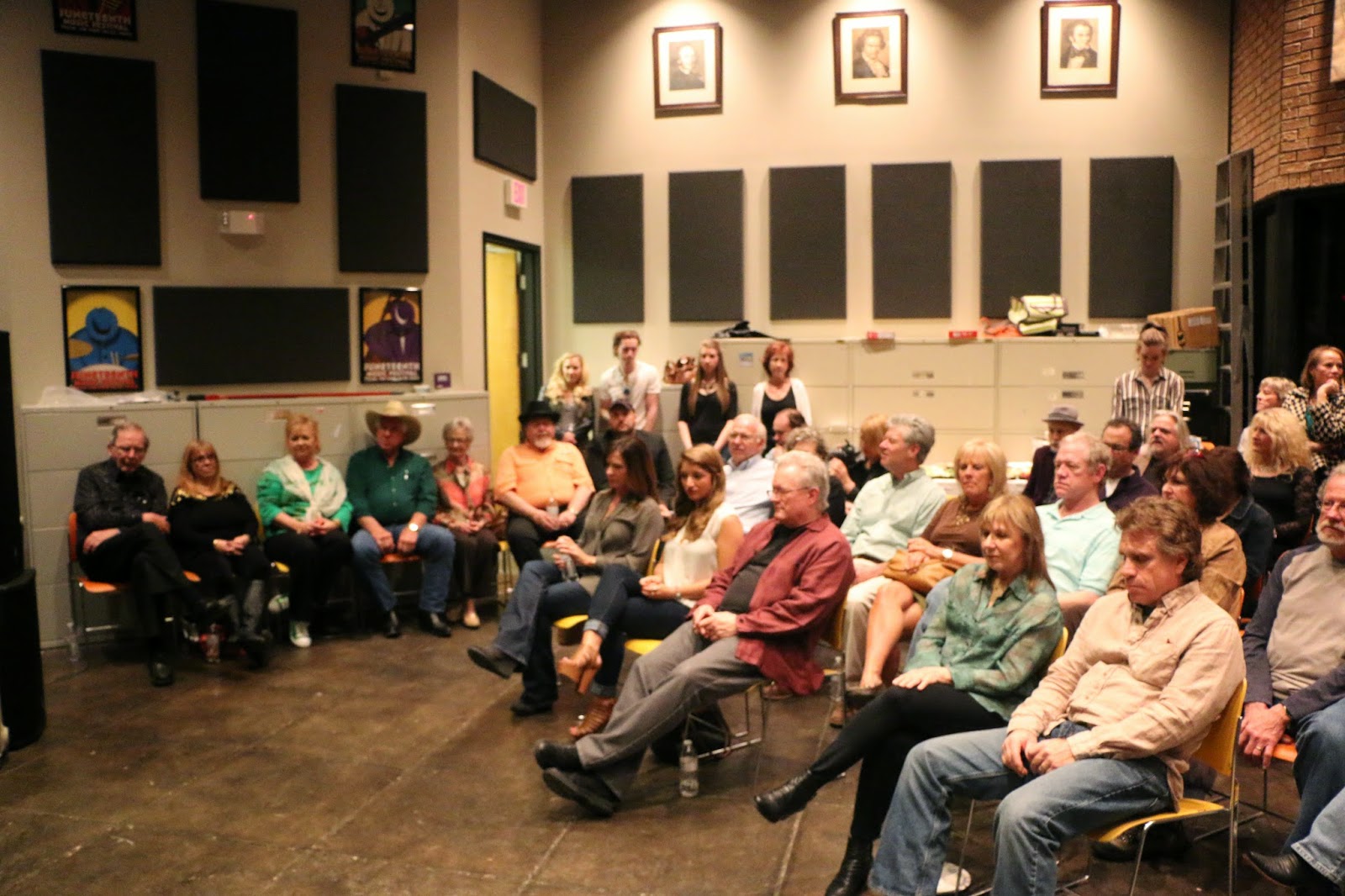 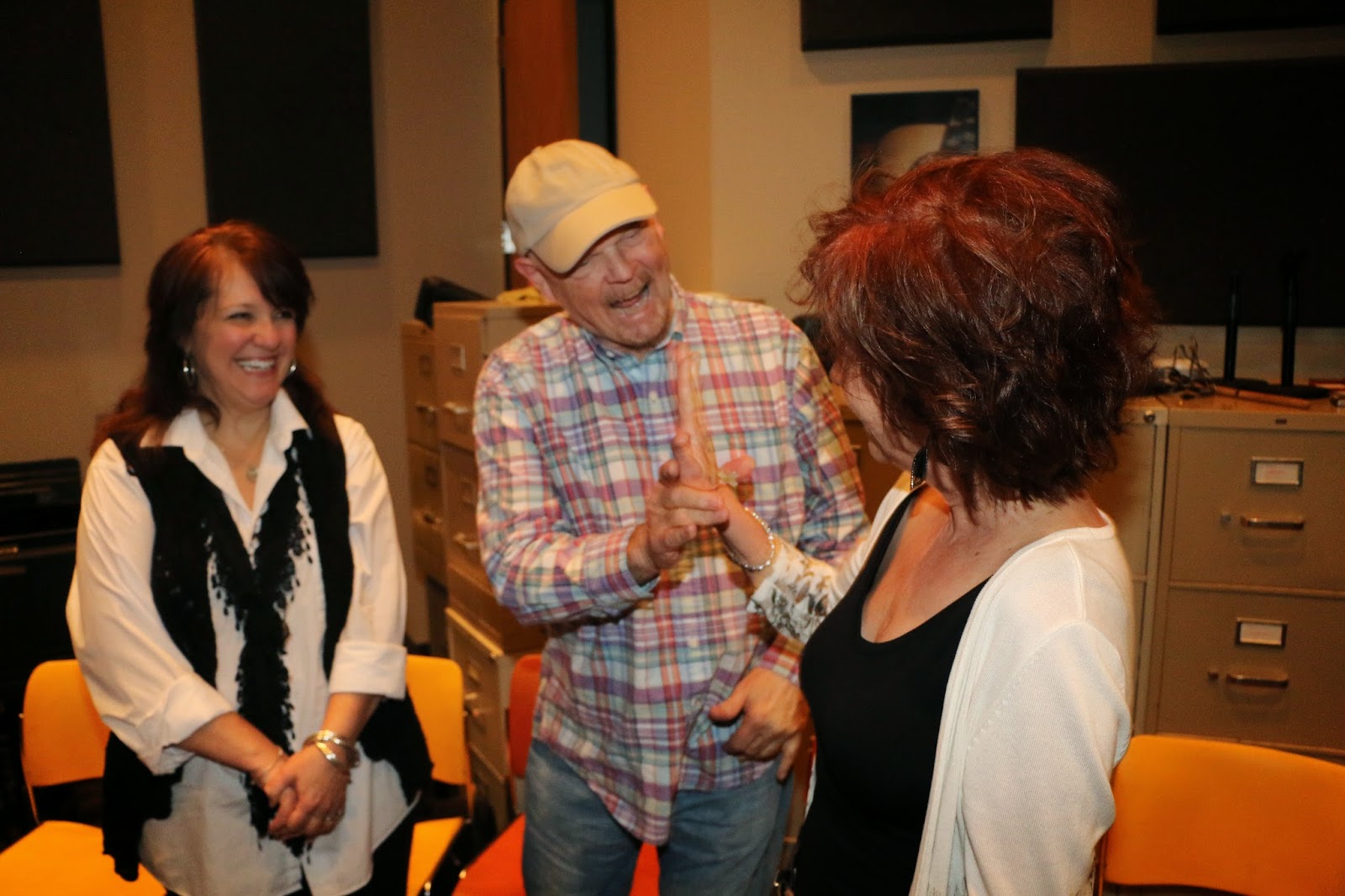 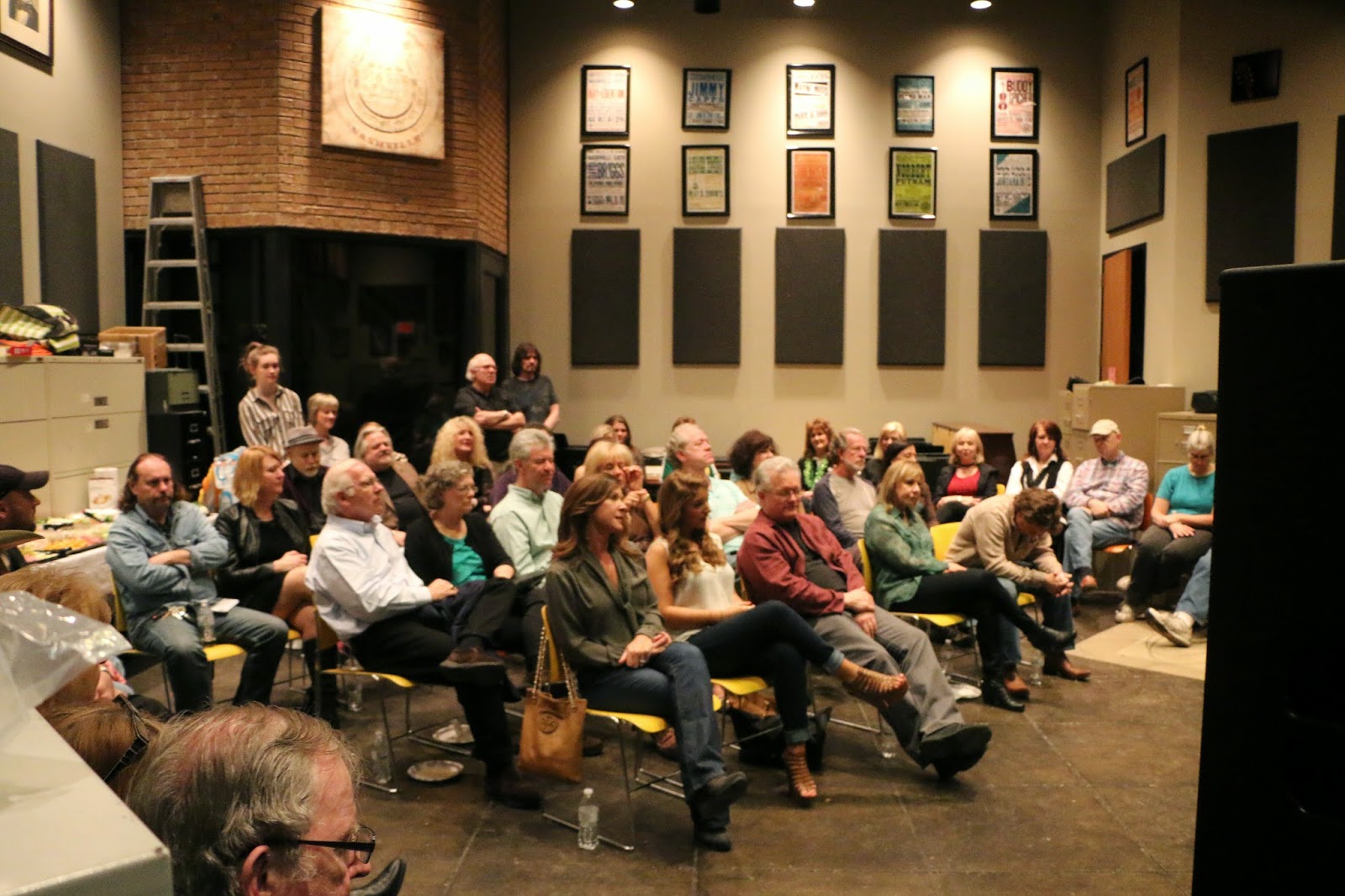 Labels: Here We Are, John and Judy Rodman

Chuck Whiting's "Tunesmithing" event
Other performers on the slate include

"The Story of Us" - Creating that video 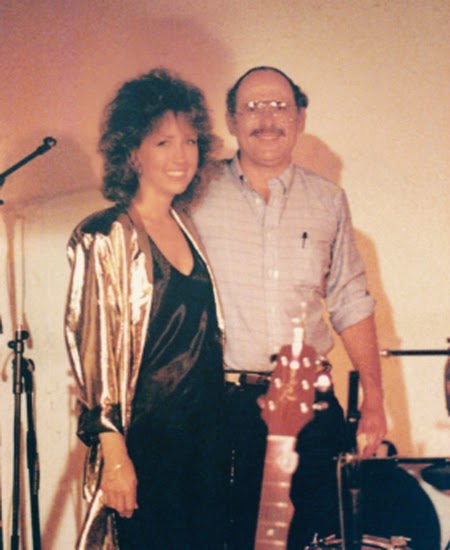 John and I backstage at Austin City Limits

Going back in pictures to how 'we' began has been a beautiful trip for me (Judy). I remember the first time I met John, when I showed up for the first rehearsal for our Memphis cover band. I was one of two 'chick singers' on staff at jingle companies, hired to sing at night with a group of great studio musicians that wanted to stretch out and play more live gigs. I was 19 at the time, and had just moved to Memphis from Jacksonville. Buddy Skipper was the band leader, who would later move to Nashville and become music director for Lynn Anderson. Phil Forrest was the bass player, Bill McMath the guitarist. Wendy Suits was the other singer, who would move to Nashville and become a top session singer and cast member of Hee Haw,  ... and John was the drummer. And so 'we' began.

We married about three years later. We both continued doing studio work.  I found a picture of the studio musicians recording in Memphis about that time that were hired for a Clint Eastwood movie... John was the drummer. Oddly enough, some of the musicians came in from Nashville. Beegie Adair, the girl in the middle of the picture, is a great jazz pianist, now of international acclaim.

Then came Peter. Our son was born in Memphis, our most treasured song. We moved to Nashville when he was two years old.

A couple of years later, I was signed to MTM Records and won ACM's New Female Vocalist award the year Randy Travis won for male vocalist. Finding these pictures of John, Peter and I during that era was a cool trip down those memory lanes. John played drums with me on many a TV and live stage show - from the Tonight show with Johnny Carson to the El Paso amphitheater opening for George Strait. Ah, memories... the bus breakdowns... having to travel to the airport in a laundry truck because the taxi didn't show, passing out on stage from the stomach flu and the bass player saying over the mic 'is there a doctor in the house'... highs, lows and everything in-between.

One picture shows us with our band backstage at Harrah's in Tahoe. You see Sue Powell, Dave Bowling and Mike Davis... and the tall guy on the upper right is Byrd Burton... who previously was the guitar player member of 'The Amazing Rhythm Aces' and came up with that famous riff for 'Third Rate Romance, Low Rent Rendevous'. The nex shot is of John and me backstage before our Austin City Limits performance. Lyle Lovett was the second act on our televised episode. Then you see me with TG Shepard presenting an award at the CMA's. Cool history- fun to remember!

Then we stopped for a while. Rabbit trails, learning to be mentors for others, growing into even better music makers.

Now we're back. Full circle. Not done yet. Thanks for coming along for the ride with us!

Music That Goes On...

I (Judy) got a thoughtful post from a friend about the state of songwriting today. He said he rarely turns on the radio except for stations that play old classics. I know what he means, there is music that I can mark my life by... CSN&Y, James Taylor, Carol King, America, 5th Dimension, Brazil 66, Beatles, Stones, Loretta, Aretha, Fleetwood Mac, Eagles, Hank Williams Sr, Chaka Khan, Elton John mark milestones and will remain important for me forever. But my easy boredom factor doesn't let me park in oldie stations for long, either. John and I have been asking ourselves why we like music, and how we can make the kind that goes on to mark milestones for others.

Some songs pull us out of our complacency and make us listen again. A song we listen to more than once is either a masterful musical and lyrical tapestry... or at least quirky enough to make us go "did I really just hear that?!"

The music I want to hear is honest, excellent art. I find treasures currently in all genres... from the simple, eternally relevant bluegrass yearnings of Union Station to time signature-changing jazz of Bob James and David Sanborn to hip hop street wisdom (yep, even that!) of Timberlake (and he's got a great voice, too:) R&B and me will never part ways... Gladys Knight could sing the telephone book and I'd find fresh love for the genre. Andre Bocelli demonstrates that I don't have to understand the language of the lyrics to be moved. Country? Vince Gill's voice and guitar playing still stand the test of time. The harmony of Little Big Town and the texture of their vocal blend make my ears happy. me. And John has his favorites, too- from tons of classical music (he was a symphony percussionist at one time) to great grooves, fluent musicianship and smart songwriting in all kinds of genres.

OK so John and I want to do this. Make honest and excellent music - and nothing else. Please feel free to kick our butts if you hear us straying from the mission!

our already well-worn DVD of Sara B

There's nothing like truly great music to inspire truly great music, which is after all, the only thing we want to make. John and I (Judy speaking) have been particularly mesmerized lately by...
All this has influenced our music, and set the bar of our own creativity.

What about you? Anything primed your creative engines lately? We want to check them out, too!

For the love of making music

OK so it's like we, John and Judy, were just boogying along, thinking we knew what our voyage looked like, and then this shiny thing (our music) just popped up out of nowhere and totally rearranged our deckchairs.

But let me tell you, much like this website itself, there has been font finding, color choosing, soul searching, friend chatting, songwriting, band rehearsing, career-path-spoon-bending and a ton of thought devoted to just what this 'thing' is... and why we decided to do it. There have already been sacrifices. I actually sold my precious (heavy) Kurzweil keyboard (OH what a history I had with that instrument!) so I could buy a lighter Yamaha for the road. John bought lighter drums. Our frequent practicing makes us grateful for music loving neighbors. Returning to the stage has brought dizzying changes in our reality.

Why? For the love of making music. Really, it's pretty much that simple. It's like a missing piece John and I re-found... that love of making great music together. We hope you enjoy it as much as we enjoy making it available! Let us get to know you. Comment whenever you have a thought for us.